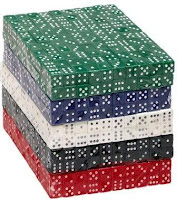 Sometimes balance within an RPG is made up of perception and not reality. All too often a game system will give the player characters too much power and it is a struggle to challenge them. A few go the other way and the players feel as if their characters are perpetually under the gun, simply trying to survive against the rule system (as opposed to the game setting).

A tightly balanced game will allow the players to feel as if they are powerful and capable while still being able to challenge them. 4E is very good at this. My players look at their powers and abilities and see a multitude of ways they can keep their characters alive while removing hindrances in their way.

The warlock competes to see how much damage he can put out, “knowing” he is a damage dealing powerhouse.
The cleric has told me he is overpowered and it is virtually impossible for him to not be able to keep the party up.
The wizard feels he can control the battlefield (go figure) to keep himself safe; and that he has enough tricks up his sleeve to save the party at any time he wishes.
The fighter has never gone down or come close to it.
The warlord regularly uses his at-will to allow the fighter an extra attack, because he considers it the most efficient way to deal damage. (He has a history of bad die rolling and this is his way to not roll dice and still be effective.) He hardly ever uses his other powers in a battle, but knows he has a lot held in reserve.

Overall, my group of players has a lot of confidence in their character’s ability to handle what an adventure throws at them. And yet, without even pushing the system or going out of my way to “take the party down”…

The warlock thought he could handle three monsters by himself and after failing his first death saving throw changed his mind.
The cleric was up to two failed death saving throws after taking several incidental area damage for which he wasn’t even the target.
The wizard found himself backed into a corner he could not remove himself from and came close to biting it.

...all in separate encounters. There have been multiple encounters scaled to their level wherein they ended with the party out of daily’s and encounters and action points gone. That is the real essence of balance within a game system. Where the characters and players can be pushed to the limits of their resources but are still able to overcome the encounter. And the best version of this is when the player’s perception leads them to think they overpower the adventure, even when they do not.
Posted by Unknown at Tuesday, March 30, 2010 No comments: 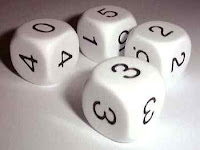 Magic masks generally have similar traits. They are made of a magical silky fabric that molds to the face of the person putting one on. The mask clings to the face under its own power and requires no string to hold it in place. Touching the mask allows it to be taken off. 1 in 20 masks have a stronger bond and will only come off if willed by the wearer.

Note: The Beast Masks come in a variety of different animals. 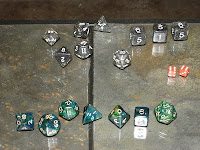 4E D&D is a wonderfully tactical game which allows a variety of abilities and play styles to coexist. Classes and races are balanced to allow them all to contribute at roughly a similar level of effectiveness. Some are stronger in one aspect but weaker in others.

I think it would be a lot fun to allow for some pvp (player versus player) within the game framework. Out of all the RPG game systems out there, 4E is probably the most able to handle pvp with any sort of balance, while at the same time allowing for variety. This measure of variety is a key consideration, since there are other systems out there where pvp is possible but without the assortment of abilities it lacks excitement.
[More]

This type of goblin enjoys dropping down upon unwary prey from above. Within their lair they will create crawl spaces that run the length of a ceiling. Special trap doors allow them to quickly drop down upon adventurers as they pass underneath.
They hope to incapacitate their victims, but most of the time this doesn't happen, especially when they miss and hit the ground hard. As such, the goblin dive-bombers are seen as expendable. However, goblin leaders try to portray the life, however quick it may be, of a goblin dive-bomber as a highly specialized, elite fighting force.

Goblin Dive-Bomber Lore
Nature DC 18
Goblin dive-bombers hide up in the ceilings of caverns and drop down on unsuspecting adventurers. Look up! 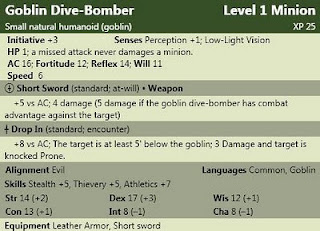 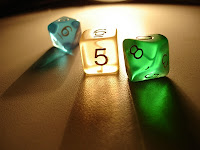 One of the more fascinating and fun things that can happen during a campaign is temptation; the desire a character has for something he should not. This often entails doing something non-heroic or “walking on the dark side”. Too often in games temptation is overlooked or not emphasized. If a character does something “evil” it is ignored or has little to no impact on the game.

And yet, presenting a group of players with the ability to have something they know they should not accept can add a new dimension to role-playing. Some of the best struggles seen in books and film center around a character fighting against his darker urges. Will Luke Skywalker give in to the Dark Side? Will the hero kill the villain in revenge or abide by the law? 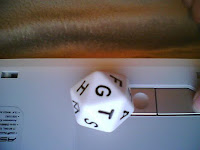 Within the Shadowfell there are hidden places and sometimes a creature will hide therein. The race known as the grau chose to do just that. They sought to find a safe place for themselves away from the other races and creatures native to the Shadowfell. They found a place deep and well hidden and named it the Grey Cleft. However, unknown to them, within it was a connection to the Far Realm. Over the years, prolonged exposure to the Far Realm altered them. They began to lose their native shape and form and began to gain the insubstantiality of shadow. 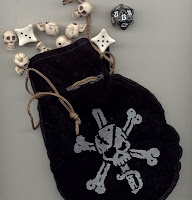 In the previous article I discussed the concept of what a Dynastic Campaign is, how it can be set up and run. This second part will detail a couple of sample campaigns and how the generations can be laid out over the course of the campaign.

I have seen games that allow a player to build kingdoms and large organizations. I have seen game mechanics for playing the children of your current character; giving them inheritance and bonuses dependent on how well the character did before he died or retired. However, I have not seen a system for playing a dynastic family through several generations, as they change a campaign setting.

The basic premise of a Dynastic Campaign is that the story of the campaign is spread out over several generations of a family or organization. The idea is that no single character will be able to participate in the end of the campaign; instead one of his heirs will do that. The campaign is not defined by what is happening right now, not by singular adventures, but rather one in which a grand story is being told over several generations of characters, all linked through a common cause and ties of blood.

Just got power back after being down for 5 days.  Unfortunately, I couldnt access my articles so am now a bit behind. I usually try to post on Tuesday and again later in the week but we'll see what we can do.
I've been playing with the layout and am not done yet (I especially need to fix the logo). Let me know if it is horrible but so far I like it better.
Fixed the Caedes monster as it was waaay overpowered. Hopefully now a group of them are killable.

Hope to have something substantial posted soon, cya all later.