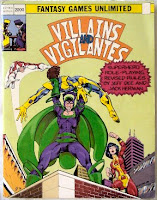 Villains & Vigilantes (V&V) was the first non-D&D rpg I played and thus has a place in my heart (even if I've never played it since). There was a long running dispute over who controlled the rights to the game. The original creators Jeff Dee and Jack Herman wanted the rights back from Scott Bizar of Fantasy Games Unlimited (FGU), the original publisher.

When Jeff Dee and Jack Herman published a new edition of V&V in 2010 (using their company Monkey House Games), a lawsuit claimed they had no right to do so. They counter sued claiming that FGU no longer was a legal company, because they had ceased publication, and thus the rights had reverted back to them. In July of 2012, Jeff Dee and Jack Herman lost a case and were ordered to put up official public notices denouncing certain comments they had made (or potentially had made), such as this one found on their official website for Monkey House Games.

20 months later the lawsuit has finally been decided by the judge and the original creators, Jeff Dee and Jack Herman, have the rights to the game back. It looks as if Monkey House Games has the right to produce new material for the game, whereas FGU can only sell the print copies of the rules. Scott Bizar has filed an appeal, so a final final ruling may take longer, but for now Monkey House Games has the rights.

A link to the court ruling.

Yes, It Is An RPG Game

In my endeavors writing the ENWorld column, Pretty Darn Fun (A Weekly Look at New PDFs), I've seen a wide range of role-playing games. Many look awesome and make me wish I had more disposable cash. Some make me scratch my head wondering what the target audience is. While I realize people are diverse and have a wide range of likes, here are a few RPGs that leave me wondering... 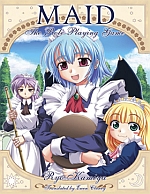 This is a Japanese import and billed as the first Japanese rpg to be released in English. In it the player characters play, well, maids to the master (the GM). Not just any maid but the "fetishized modern maid" (their words, not mine). And then giant robots and ninjas kidnap the master and the maids have to rescue him. To complete the game there are rules for playing in different time periods, adding romance and seduction, 11 adventures and an equipment section that gives the PCs wonderful costumes. To keep things fair there are also some rules for butlers.

Roller Girls Vs.
This is a supplement for QAGS (Quick Ass Game System). It is about roller derby girls...fighting "cannibals, dinosaurs, hyperintelligent apes, Nazi time travelers, fratboys, and zombies". And for those of us who don't know the rules for roller derby they have been included. Interesting thing is that one of my former gamers is a Roller Girl and she had heard of this product already...but she has yet to kill zombies at a derby match.

'45: Psychobilly Retropocalypse
"HE was a mutant with a gift for the guitar and an eye for the ladies. SHE was a hotrod-racing bombshell on the lookout for love. IT crawled from the wastes of Nashville crater, seeking human victims."..."All the cool cats dig '45 daddy-o, are you hip to the scene? '45 is so cool, it's radioactive, man!"
First they take some over-the-top charactrers and then throw them into a nuclear bombed out WWII where B movies are the setting. I don't even know where to start such a game, but I'm sure the game would be so bizarre it would have to be fun.

Not to be outdone by Maid, we have an rpg about highschool girls with psychic powers that have to balance their grades with killing ghosts and demons. All with an anime look and feel to it. However, the publisher of the game, Atarashi Games, is not one to rest on their rpg laurels, no, they have a full gamut of games available. First, they have Panty Explosion Classic, the same game but with their first edition rules (yes, apparently this game demanded a second edition). Second, they have Classroom Deathmatch a game where you play one of 50 highschool students forced to fight in televised deathmatches...with bear traps and grenade launchers; but, its ok, when you die you can simply play one of the other 50 children.

Intergalactic Cooking Challenge
This science fiction rpg transports the player characers to the far reaches of the universe...so they can cook...against alien chefs...to the death. To keep things interesting the PCs need to scour the space lanes for rare ingredients all the while avoiding the intrigues of rival chefs. It looks like the designers have gone out of their way to allow this game to be run as a full-blown campaign instead of just a one-shot. Think of the possibilities!
Posted by Unknown at Tuesday, March 19, 2013 5 comments:

How to Cheat at Worldbuilding: Tip #14

One of the ways to enhance a world setting is to include unique locations. Think about Middle Earth for a minute...

Hobbiton - All of the homes are underground.
Erebor - A mountain alone.
Weathertop - A watchtower.
Barrowdowns - A vast burial ground.

Dead Marches - A vast swamp where an ancient battle took place.
Laketown - A town built over a lake.
Helm's Deep - A mountainside refuge.
Isengard - A ring of rocks with a tower at the center.
Mount Doom - An ever-active volcano.

All of those locations evoke memories of the trilogy. They were unique and sparked the imagination. They also helped to make Middle Earth feel different from our own world, thus helping with the fantasy aspect of the setting. And yet...they aren't all that alien to our own world. It was all in the presentation...and the fact most of us do not live down the street from such a location.

How to Cheat at Worldbuilding: Tip #14

Use real-world locations in your own world setting that are unfamiliar to the populace in general. This list of World Heritage Sites includes 962 unique locations spread around the Earth. The linked wikipedia page gives a list of all the Sites by world region.

How to use this resource? When writing up a section of your world find a Site that is similar to the area you are working on. For example, if you are working on a desert-like region pick List of World Heritage Sites in Libya. That page gives some Sites in regions environmentally close to what you are working on. You now have a list of interesting locations you can plunk into your own world setting that will feel unique. Best of all there are often pictures (sometimes multiples of them) that you can print out and show to your players when they get to those locations. In addition, many of the Sites have a fascinating history and may give you some solid ideas for adventures that can be placed at the location.
Posted by Unknown at Tuesday, March 12, 2013 No comments:

Many modern games are set in New York City...and the tunnels underneath them. RPG games love their dungeons and tunnels under the city meet those requirements. But how realistic is using tunnels beneath the city? Pretty realistic and getting that way even more. There is currently a huge undertaking going on called the East Side Access project; projected cost is $8B, it has been ongoing for decades and is expected to be finished by 2019. Here are a bunch of pictures... 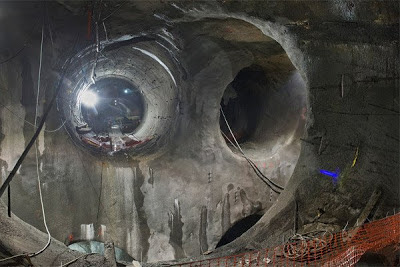 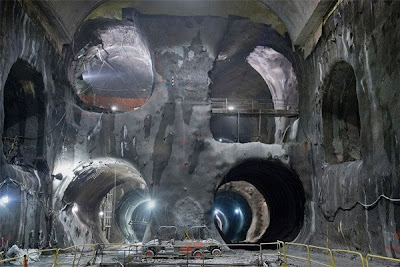 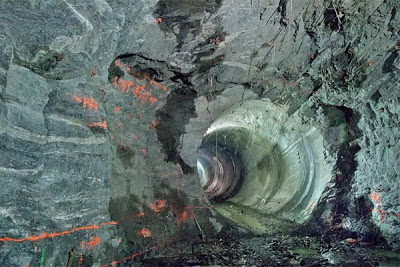 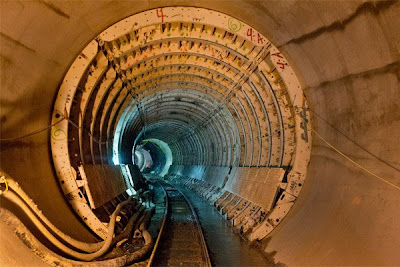 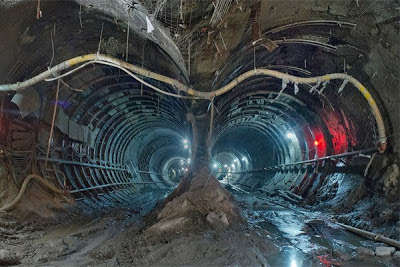