I've been looking through some old Dungeon magazines lately and in issue #37 (1992) they had a Dungeon Survey asking people what they were looking for from the Dungeon Magazine. For fun I decided to fill but with how I would do it for a Dungeon magazine being produced today. After my choices I've included a copy of a blank form in case anyone wants to download it, fill it out and put it up on their own blog. 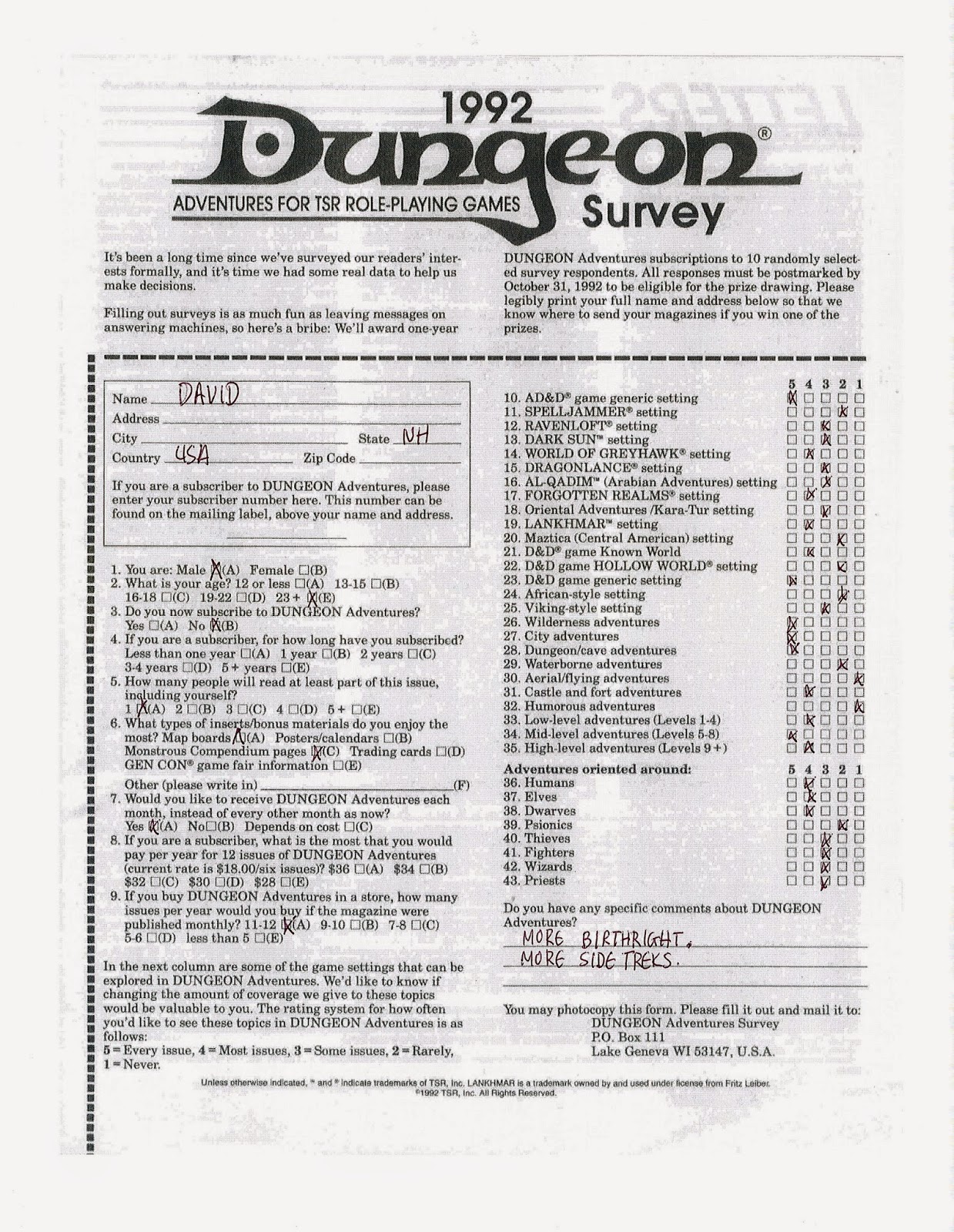 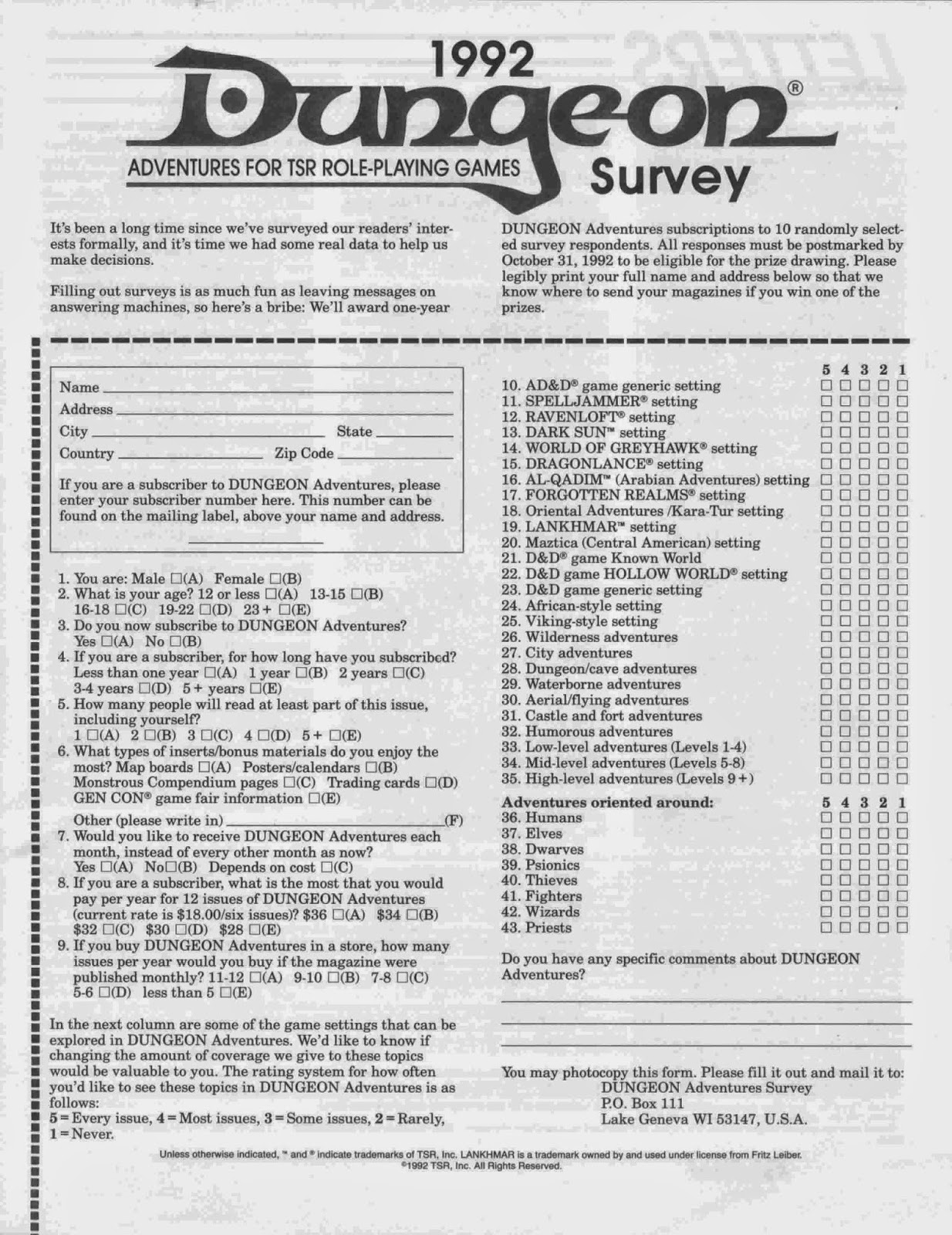 The Reality of Character Balance

In the early days of D&D, and early rpgs in general, characters were not balanced with each other or even sometimes with the system. Some were weak to the point of uselessness and some could break the system. Some of the first counter-D&D rpgs touted character balance as a system advantage. D&D itself slowly followed course as each edition created more and more balance between the characters, each other and the system. 4E was the height of this building-for-balance philosophy, to the point where classes became blurred with each other. But why all of this pursuit of balance? Is it to create ease of encounter balance, wherein a DM can more efficiently create balanced encounters knowing that the capabilities of the characters fall within certain parameters? Or is is it something else?

Now some players really don't care about that level of balance. Those are the ones who play characters with shticks that usually inhibit them somehow - the one armed character, the blind character or any bard. But they don't care about balance. However, for the rest of the players who complain about a game system being unbalanced it that PC to PC disparity that annoys them.

I once played a human druid in 1E wherein I rolled horrible with my stats; nothing was over a 12 and I had a 6 Int. I actually had a lot of fun at the beginning playing that character, especially since me, the player, would often figure out a puzzle or situation and I'd have to think of a way for my character to relay that info while still keeping him an idiot. It was fun setting my character against the world setting and by extension the game system.

When did it stop being fun? When another player's character began to bully and antagonize my character. The character was stacked and very unbalanced. The DM was allowing for alternate races, as found in various magazines of the time, and this one had made a Githyanki with excellent stats and abilities. The player started having his character pick on me (attacking nature fauna, etc knowing that as a druid I couldn't stand by and let it happen) - he was goading me into a fight my character could not possibly win because of the imbalance between our two characters. Clearly the two characters were unbalanced with each other. You could say that by allowing splat rules is where the imbalance to come in, but really, in those days D&D was not a balanced system even RAW.