Anima are raw emotions given tangible form.  Unfortunately, the strongest emotions come at the time of death. Fear, pain and despair are some of these passions turned into monstrosities.

There are those who know the secrets of pulling the power of emotions from a dying person; the time when emotions are at their highest peak. Some even know how to manipulate the swell of emotions that linger over battlefields and other places of intense circumstances.
All anima have a vaguely humanoid shape of corporeal shadow. Streaked throughout this form are dull colors that relate to what emotion has been captured. However, the easiest way to tell when you have encountered an anima is how your own emotions begin to become manipulated and brought to the fore in disastrous ways.

Anima can be created from a variety of emotions. If you want a specific emotion pick one from the following list, otherwise you can roll. Included is the color that identifies the type of emotion.

Icy Touch + 13 vs. AC - 18 damage.
Each type of anima has an additional specific type of affect that may also come into play, see Emotion Features above.

Icons
It is rumored the Archmage actually discovered how to create anima, but stopped when he realized what he had done. From there other Icons either stole the process (Prince of Shadows) or developed their own methods after they realized it could be done (Diabolist). Despite the fact anima are not undead, the Lich King still has been known to create and use them. All three of them have taught various cults how to create specific types of Anima.
Posted by Unknown at Tuesday, April 29, 2014 1 comment:

Am I Behind the Times?

In a recent discussion on some forum board it was brought up that certain Pathfinder adventures do not provide the stats for some of the encounters/monsters the players can run into. Instead, notes are made as to which book contains the listed monster. This was done in the name of saving page space. Thereafter it was brought up that the stats can be looked up online for free so a GM does not need to actually own the book that has the monster stats.

I counter-argued that when I purchase an adventure I want the stats in the adventure I am running. Going online to look up monster stats is not extra work I want to be forced to do to run an adventure; any extra work I do to run an adventure is always geared toward integrating the published adventure to how my group and their characters play. However, this article is not about the merits of including monster stats in a published adventure. Instead, this article is about some of the comments during the discussion that leads me to believe that I am behind the times in how I run my rpg games.

It seemed to me that a lot of people were surprised that someone does not use a laptop or other device during game play. To them is seemed that using a laptop was natural and a no-brainer - that everyone does it now. Maybe this is a by-product of the modern age where everyone has some sort of device connected to the internet at all times. I am the only person in my circle of friends without a cell-phone. I do not game with a computer at the game table. Sure, I do use the internet and computers extensively for rpgs. Heck, I write a blog on gaming. The one thing I don't do is use one at the table on game night. I've never seen a need.

And yet there are now products being put out by one of the biggest rpg game publishers out there that in effect requires a gamer to have internet access - requires the use of the internet in order to be able to use their products. I'm not sure I'm comfortable with a product that absolutely requires outside sources in order to make it work. Back with 4E many people complained that you needed their character generation software in order to make characters. However, not even 4E required this; sure, it made things easier but they were never required. You could pick up any 4E adventure and run it without opening another book.

Is this intimate tie between gaming and internet (or computer devices) a thing that will continue to become even more intertwined? I certainly hope not, but I fear it will become so. I am all for computers and the internet enhancing play, but I feel they should be enhancements, not requirements. What do you think?
Posted by Unknown at Tuesday, April 22, 2014 5 comments:

I've already given you my Reason #21 - Why I Like Published Material. Here is another reason why I like them. They keep a DM honest. As a campaign goes on longer and longer, a DM begins to adapt to what the players bring to the game. If they always fly as they move down a corridor in order to avoid any potential traps, I will have the trip wire be placed at flight height. If they always spike shut a door after entering, I create doors that are soft and break when spiked. If the thief always stands on the right side of a potentially trapped door, I make sure to place the trap on the right side of the door. If they like to carry lots of flasks of oil, I make sure my monsters use fire against them.
Of course, this works the other way as well. If I put a stone wall in front of the character's progress, I also make sure they have a means at their disposal that will allow them to bypass that wall. I do not throw a level 25 monster at a level 2 party, unless I also provide a means for their escape.

Even when I don't do it consciously, there are times while creating my own adventures that I alter what the characters encounter based on my knowledge of what the players and their characters are capable of. Using a published module allows for me to run an adventure that was created without prior knowledge of the players and their characters. The characters will then run into things that may be below or above their expertise. If its below then the players can feel more powerful than I would normally allow them; if its above then the world feels more "realistic" and less contrived.

When running a published adventure my personal biases are not part of the equation.
Posted by Unknown at Tuesday, April 15, 2014 No comments:

One of the things we always found fun as Gamma World characters (or any post-apocalyptic genre game) was wandering through an old abandoned shopping mall. Right now there are many abandoned malls within the US that have been left vacant. Someone took a bunch of pictures of the insides and they really give off that post-apocalyptic vibe. If you are looking for such pictures to use in your game, check out the article here. Here are some samples... 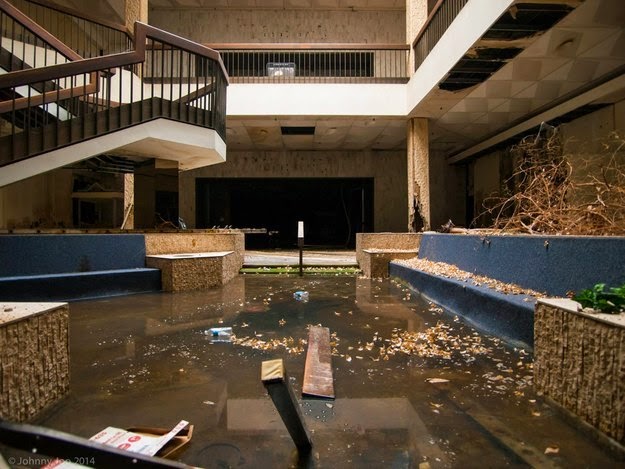 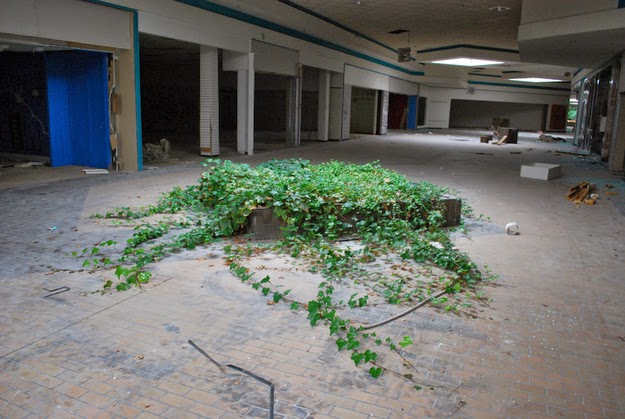 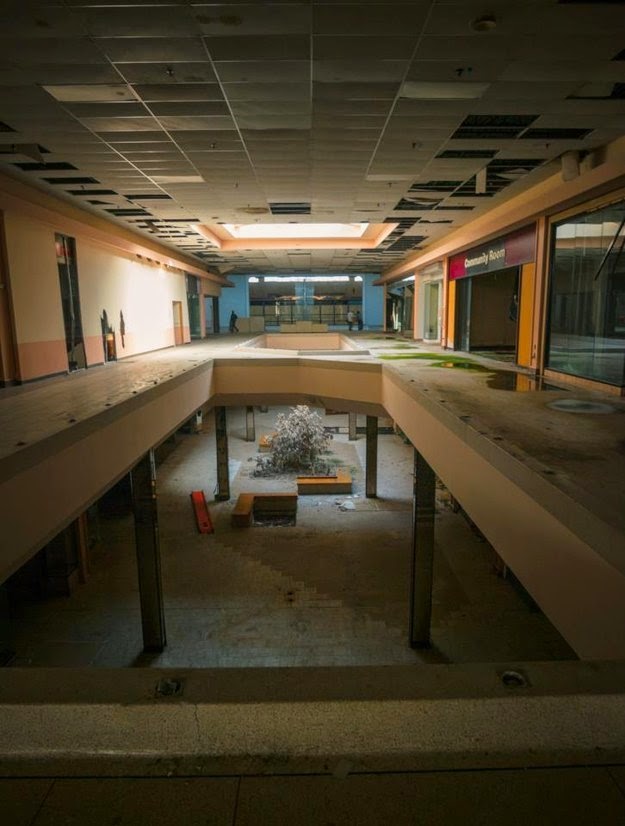 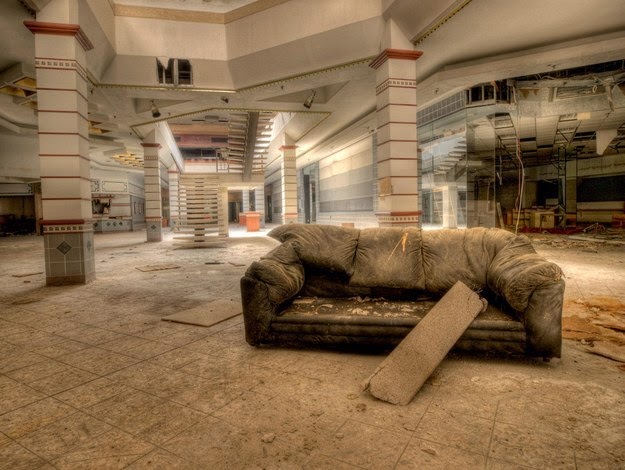 One Page Dungeon Contest - My Entry

My entry into the One Page Dungeon Contest 2014 is called The Mad Gnome and the Earthquake Machine. It is a short fantasy dungeon crawl that emphasizes puzzles and tactical maneuvering, with one combat which has its own unique take on it.

As expected getting all the words I wanted to use in the space allowed, especially for a puzzle oriented dungeon was difficult. However, it was self-enlightening when I was forced to choose my words carefully, both for removing extraneous verbiage and trying to find the least of amount of words while trying to create a clear picture of what is going on. It's a lot different than writing a blog where I can (and often do) meander with my topics.

If you are interested you can take a look at the pdf here.