Players give off signs when they are involved in an ongoing adventure. There is body language and other outright actions that can reveal how much a player is paying attention and absorbed in the action. Knowing what these are can help a GM figure out what is working and what is not working. The GM can then learn from this and adjust the way he runs a game the next time. 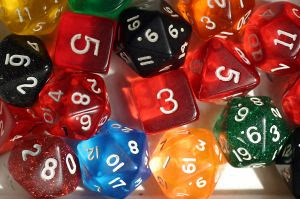 When designing NPCs we often focus on how they relate to the player characters or themselves. One thing overlooked, but just as important for bringing to life an NPC, is how they interact with other NPCs.

The most common NPC interaction is with the player characters, usually requiring a response from the PCs. A villain wants to belittle or harm the characters. Some NPCs provide information. Some are catalysts for starting an adventure and point the characters in the right direction. This is all about how the NPC directly interacts with the PCs.

The second most common NPC interaction is with themselves. These are self actions (or quirks) an NPC will take that do not directly require the PCs (or anyone) to respond to the action. An NPC might hum when he gets nervous. He might have yellow hair. He might have a lisp. She might be a dwarf who walks around on stilts.

Having an NPC interact with another NPC is an excellent way to show the personality of an NPC. However, as a quick note, I am not advocating having NPCs engage in long discussions with other NPCs; that is counter to putting the players forward in a game and should be avoided at all costs. Instead, there are ways to quickly show how an NPC interacts with other NPCs without taking the spotlight away from the player characters, sometimes without even involving the other NPCs.

I have a few examples…

One obvious example is the villain. He can be seen to do things to other NPCs, both as a way to show how powerful he is and also to show how evil he is. A villain fireballing an NPC’s home is one form of this type of NPC to NPC interaction. Cutting down an NPC minion who has failed him is an easy way to show how callous he is. Monsters who have defaced a holy temple show their disdain for that deity and the things that deity represents.

Hirelings and NPC companions are often given a variety of quirks. Most are just to add color, but by having their quirks include other NPCs it makes them more “real”. Having a torchbearer constantly talking about his wife and 14 children (“that gelatinous cube reminds me of when Callie, that would be my third daughter, had a cold and coughed up this huge slimy green mess”) makes him seem like a real person. It’s a way for the NPC to interact with other NPCs (bringing up stories about them) without the other NPCs actually being there.

A patron or king can also show his inner self by how he acts to other NPCS. A king who is kind and solicitous with the player characters and then treats his own servants with haughty derision will be showing his true colors. This is a good way to foreshadow a betrayal. Likewise, a king that treats his servants with respect will be seen as a good force in the world and the players will be more willing to accept any task he has to offer; the players will bring their own likes and dislikes to the table and you can take advantage of that.

When defining an NPC there are 3 aspects that should be included; basically 3 lines of text to describe the NPC.
Example: Joolan the Wise. Joolan is patient with the players even when they ask stupid questions. Joolan is vain about his hair and combs the few remaining strands over to hide his bald pate. Joolan flinches when his wife enters the room and is overly attentive to her perceived needs.

One thing I've done to slightly speed up combat in 4E is to announce at the start of a fight what the lowest and highest Defense numbers the enemy has. Example: Orc Warrior has AC15, Fort17, Reflex13, Will12 and Orc Mage has AC11, Fort13, Reflex13, Will14. I would announce that the enemy has defenses between 11 and 17.  This way the players know what rolls automatically miss or hit. If a number falls within the range I then ask what their target Defense was and then relay whether they hit or missed.

This method means when players roll a really high number, such as 25 against the enemies above, they don't have to wait for me to let them know they hit. Conversely rolling really low means they can move on, without having to check with me. However, there is still a sense of mystery when rolling as the players still do not know exact numbers and if they roll within the range, they can still hit or miss depending on which Defense they are trying to hit.
Posted by Unknown at Monday, August 16, 2010 3 comments:

These are some assorted pictures of things players might find while traveling in the wilderness.  Maybe there is a hidden entrance behind the waterfall? 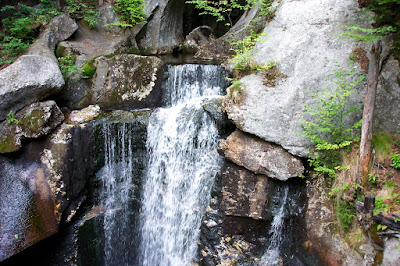 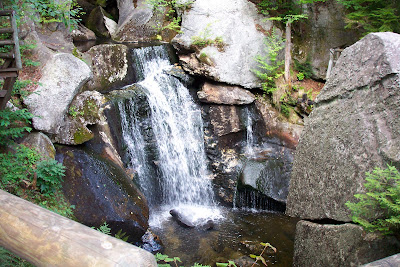 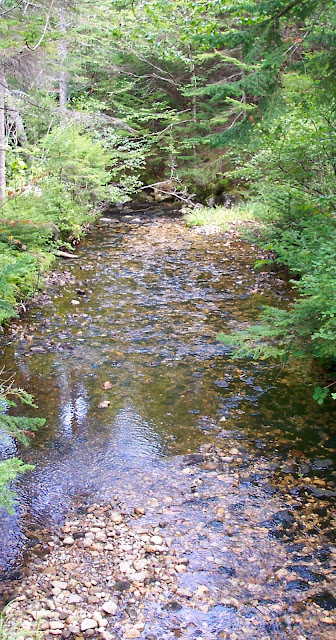 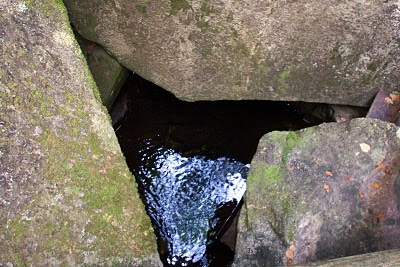 These are some of the interior shots along with some of the exits up and out of the caves, alot of the proverbial light at the end of the tunnel scenes. 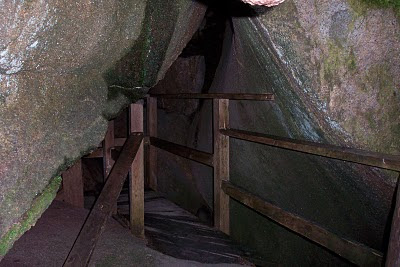 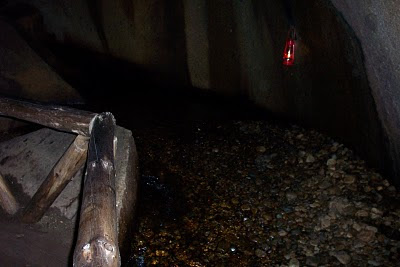 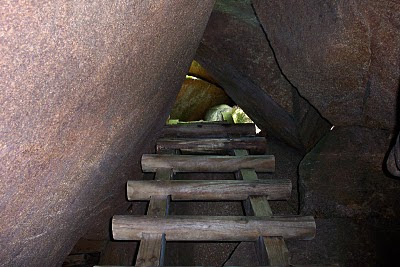 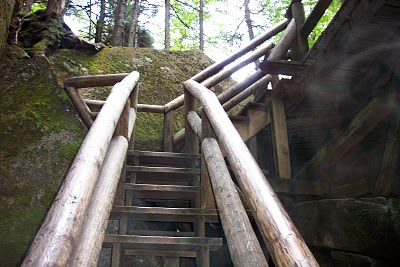 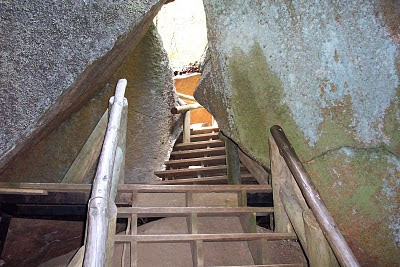 These are some of the entrances into the side caves. For perspective the 3rd and 4th picture are the same shot, with the 3rd picture showing someone crawling in. 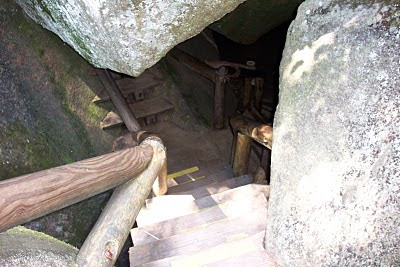 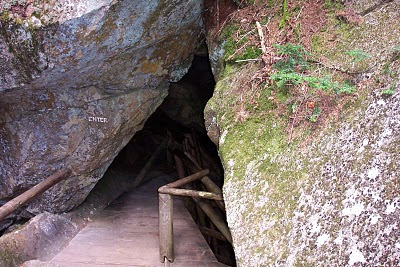 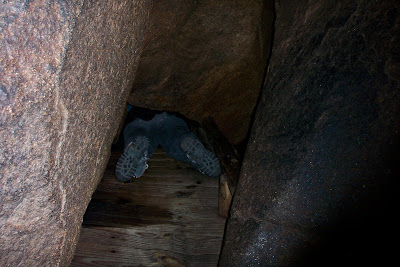 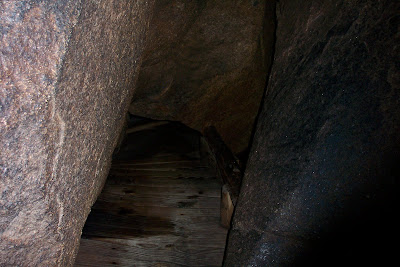 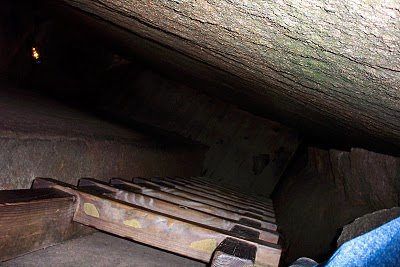 Posted by Unknown at Wednesday, August 11, 2010 No comments:

These are of the walkways outside the caves. These could be the scene of trails through some woodlands or even perhaps an elven habitation. 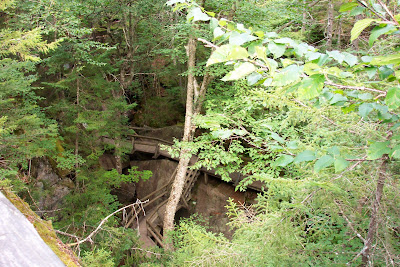 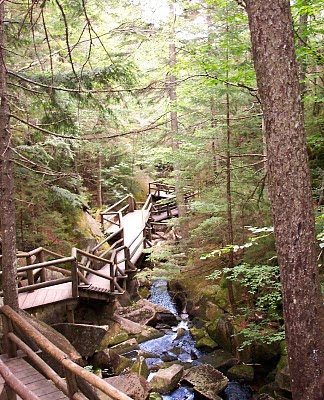 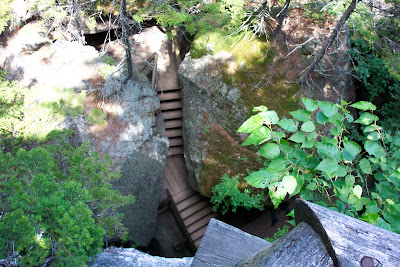 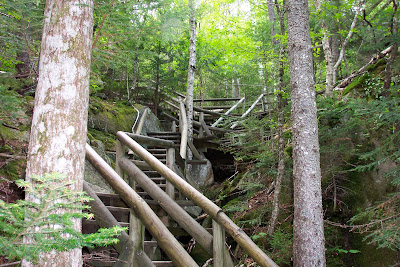 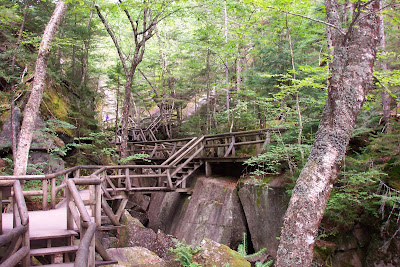 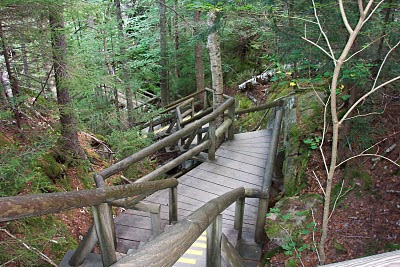 The new Open Game Table: The Anthology of Roleplaying Game Blogs, Vol. 2 is now available. For those who do not know, it is a collection of blog articles from around the blogosphere over the past year. I was fortunate enough to get one of my articles into the book.

The book will be released at Gencon and then into stores in September. You can already get the PDF at rpgnow.com and I am told you can also order the book through Lulu and Amazon.

I am quite proud that one of my articles was selected, especially if you see who else has articles in the book. Granted the other articles are far superior to what I can write, but its nice to have been included.

Side Note: Unfortunately I can not go to Gencon this year, but I hope all of you who are going have an excellent time.
Posted by Unknown at Wednesday, August 04, 2010 3 comments: