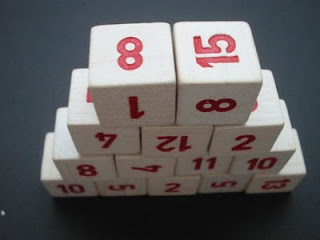 Similar to a holy temple, where certain actions are not tolerated, what “holy tenets” are prescribed for your gaming table? What will you not allow at your table? I don’t mean the simple things like food or texting, but rather the major things as they pertain to etiquette and social interaction. This includes things that might cause problems outside the gaming table, but that you ignore or disallow at the table.

Recently, one of my players has been having some problems with his homelife. Even though he is the only one of the two who plays at my table (she bailed to go back to night school) I am friends with both of them. Various rumors and stories began to trickle out about their situation. At the same time he ran into car problems and missed a few weeks of gaming. Then I suddenly hear that he wasn’t sure if he would be welcome to play again at the table due to his homelife problems.

I have always felt that my gaming table is “holy ground” wherein I don’t care what happens outside of the table. My campaign and game is outside the bounds of other situations and problems.

Another example is World of Warcraft. I and a lot of my friends play in the same guild, for which I am the guild leader. My D&D players, except for one, also play WoW. I have a rule that WoW issues are not brought up at the game table. Two of my players are horrible WoW players. They put in the time, but lack the skills to push content. It irks me and many of the WoW guild members. However, I would never bring up their WoW shortcomings at the role-playing table. It again breaks my “holy table” rule.

How sacrosanct is your game table? What things will you not allow to be brought up at the table?
Posted by Unknown at Thursday, September 09, 2010

In most of the groups I've been involved with, gaming is a very social thing with friends, and not a sacred ritual. I did have one DM who positively disallowed spectators. Off-hand, that's the only rule, explicit or implicit, I can think of.

Doh, you are right. This post isn't about people living at my house...