Which RPG do you enjoy using as is?


RAW (run as written).
There have been many times when I prefer to run a game as written without any homebrew. Often I will be looking to run a certain type of game and I then go looking for which system I think will best do what I am looking for.

For example, I was looking for a galaxy spanning science-fiction system that was gritty and dangerous. After some contemplation I decided that Shatterzone (the Masterbook sci-fi game) was what I wanted (though Spacemaster was a close second). I also decided to run it as written without changing anything so as to not "upset the balance". Sometimes adding things changes the system into something else and it just doesn't work then. Sometimes you have to trust the designers that they did the math and play-testing and worked on making the best game as possible within that system. If you tweak too much you can "break" things.

So, to answer the question...it all depends on the game/campaign/setting I want to run. It also comes down to which game I think it the most "fragile". I am more apt to run a game RAW if I think it is inflexible.

If I have to give one answer I will go with Rolemaster. It is a math-intensive (at least at the start) with specialized and dependent tables. It is not a system I want to homebrew as it can easily break. However, it is a system with great detail and lots of choices. I can easily build a world and campaign with it. It is large enough that I can create almost anything without needing to homebrew. 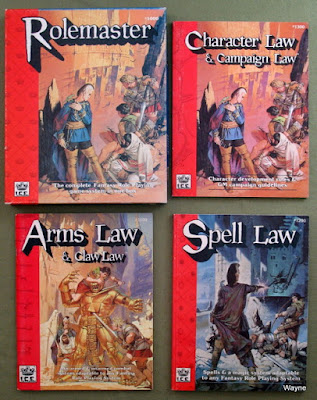