RPGaDAY #2 - The RPG that needs to get published

What is an RPG you would like to see published?


Other than my personal projects (such as the After the Fall kickstarter going on right now - wow, what a shameless plug!) I have always wanted to see an RPG for the Narnia series. 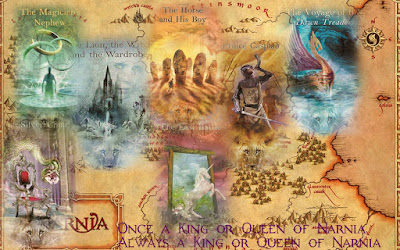 I absolutely loved the books and have always felt like it would make for an excellent setting. There are actually a couple of attempts to make one, but they are usually lackluster or incomplete. However, I can see a few problems with such an RPG...
-It plays heavily into morality and intangible human qualities. I do think that it can be done properly though but would require more work to integrate the two (morality/virtues and the typical fantasy setting).
-Finding players for such a setting might be difficult. Most players (mine included) usually prefer hack-n-slash. Forcing morality into play is something they would find either foreign or distasteful.
-From all I've heard, the people who run the estate of CS Lewis are disinclined to allow a Narnia RPG.

I guess I'll just have to make my own.